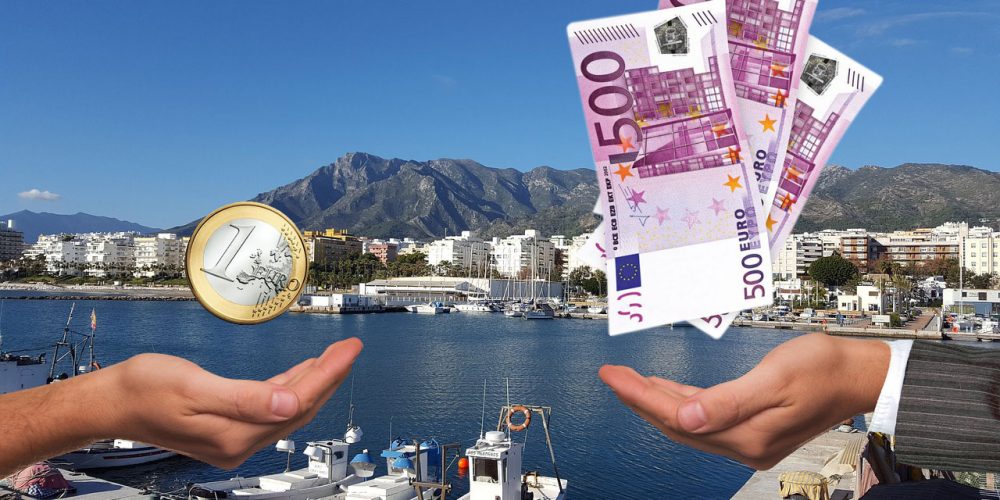 ‘ABUSIVE’ MORTGAGE FLOOR CLAUSES SPAIN: Are you entitled to compensation plus interest – even if you have sold your property and paid off the mortgage?

They had taken out the mortgage through Bankia in 2004.

The villa in Mojacar, Almeria, was the home they had always dreamed of buying for their regular trips south for the weather.

With its sizable garden and sea views, it was the perfect place to unwind during the hard winters of northern England.

But the Thompsons, like so many buyers who took out mortgages in the happy days between 2002 and 2009, soon found out that their mortgage was not fairly setup.

While initially the interest rates were low and the mortgage payments were low, when rates started to go up they got stung.

From 2009 the credit crunch came and interest rates started to rise with payments increasing every year, as the rates simply went up and up.

It wasn’t until late 2011 that interest rates started to go down and mortgage payments finally began to drop.

But unfortunately for the Thompsons, while initially good news, after a while the benefit stopped… because their bank – like so many others, including Unicaja and La Caixa – had included a clause called the ‘clausula suelo’ or ‘floor clause’, which meant the banks always wins.

Basically, this simple clause was inserted into as many as 3.5 million variable rate mortgage agreements in Spain during the last 20 years.

For most variable-rate mortgages the interest rate payable is calculated by reference to the Euro Interbank Offered Rate (EURIBOR). If interest rates increase, then the interest on the mortgage also increases, likewise, if the EURIBOR decreases then interest payments will fall.

However, the insertion of the floor clause into the mortgage agreement meant that mortgage holders did not fully benefit from the fall in EURIBOR as there was a minimum rate payable rate of interest payable on the mortgage (also known as a ‘suelo’). And the level of the floor will depend on the bank providing the mortgage and when the mortgage was taken out, but it was typical to see a floor of 3 – 4 %.

This clause has been deemed by both the Spanish and European courts to be illegal, and unfair and constitute ‘abusive’ practice.

Most mortgage owners have no idea their bank, which could also be Sabadell or Banco Popular, levied the charge.

One company who can check whether you have a floor clause is Fairway Lawyers, based out of Marbella on Spain’s Costa del Sol.

The company has dedicated much of the last few years investigating the abusive clauses and had dozens of victories against banks.

Fairway Lawyers has achieved a 99% success rate with clients through the courts… and best of all it is NO WIN, NO FEE.

Even if you sold your property and paid off the mortgage you are still entitled to apply for compensation plus interest.